Although Angola is located in a sub tropical zone, its climate is not typical of such areas due to the following factors the interior. The influence of the Namibe desert, situated southwest. As a result Angola has its The cold current from Benguela running along the southern part of the coast. The highlands in own specific climate, with two distinct seasons, the rains, from October to April and the mist or “Cacimbo” from May to September, a much dryer season with lower temperatures. 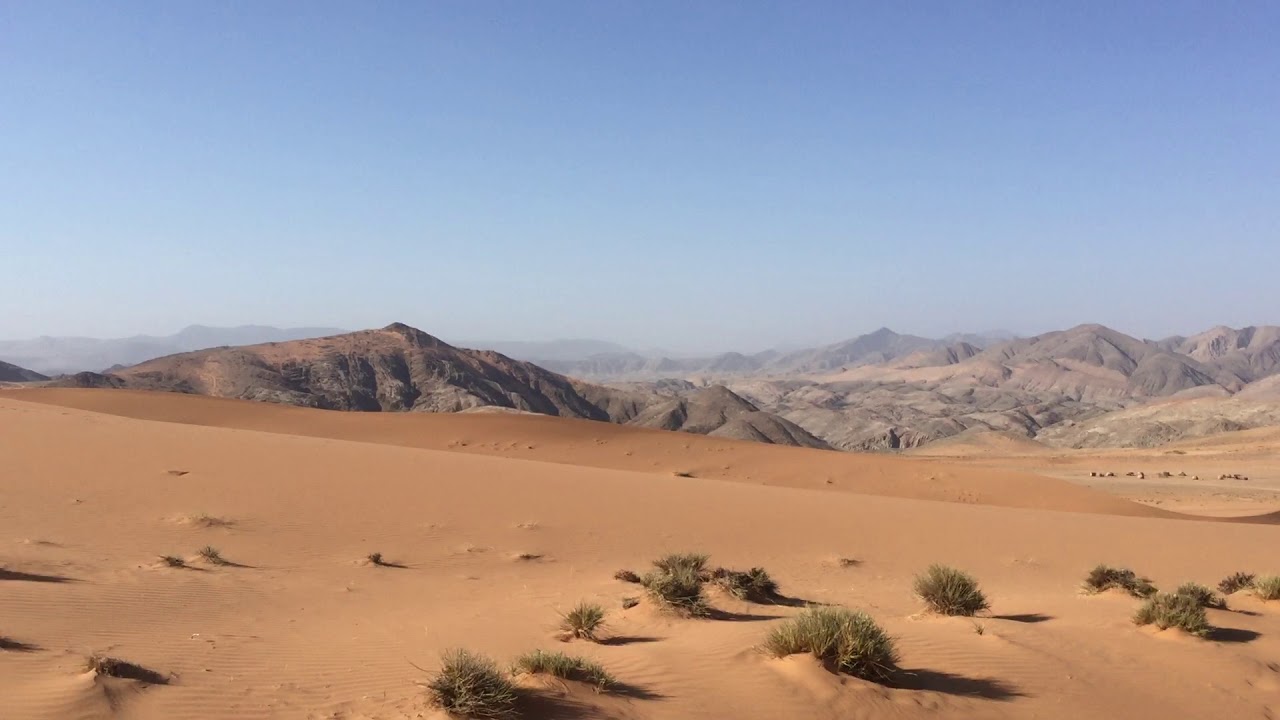 High rainfall levels are registered along the coastal areas slowly decreasing from 800 mm to inland area can be divided into three zones. The North, where the rainfall is very heavy and the 50mm, as one moves further south. The average mean temperature is normally around 23º. The temperatures high, the Central Plateau zone, which is generally dry with average temperatures of the Kalahari Desert and the influence of tropical air fronts 19º and finally the South, where oscillations in temperature are registered due to the proximity of

With an Atlantic coastline stretching for over 1.650 kms, mighty rivers flow into wide estuaries depositing sediments they have brought with them from the high plateaus to form numerous small islands, bays and sandbanks and where excellent beaches can be found. In Luanda, special mention must be given to the beaches of Ilha do Cabo, Mussulo, Palmeirinhas, Corimba and Santiago. In Benguela there is Morena, Restinga, Caóta, Caotina, Baia Azul and Baia Farta and finally in Namibe, two more, Das Miragens and Azul. 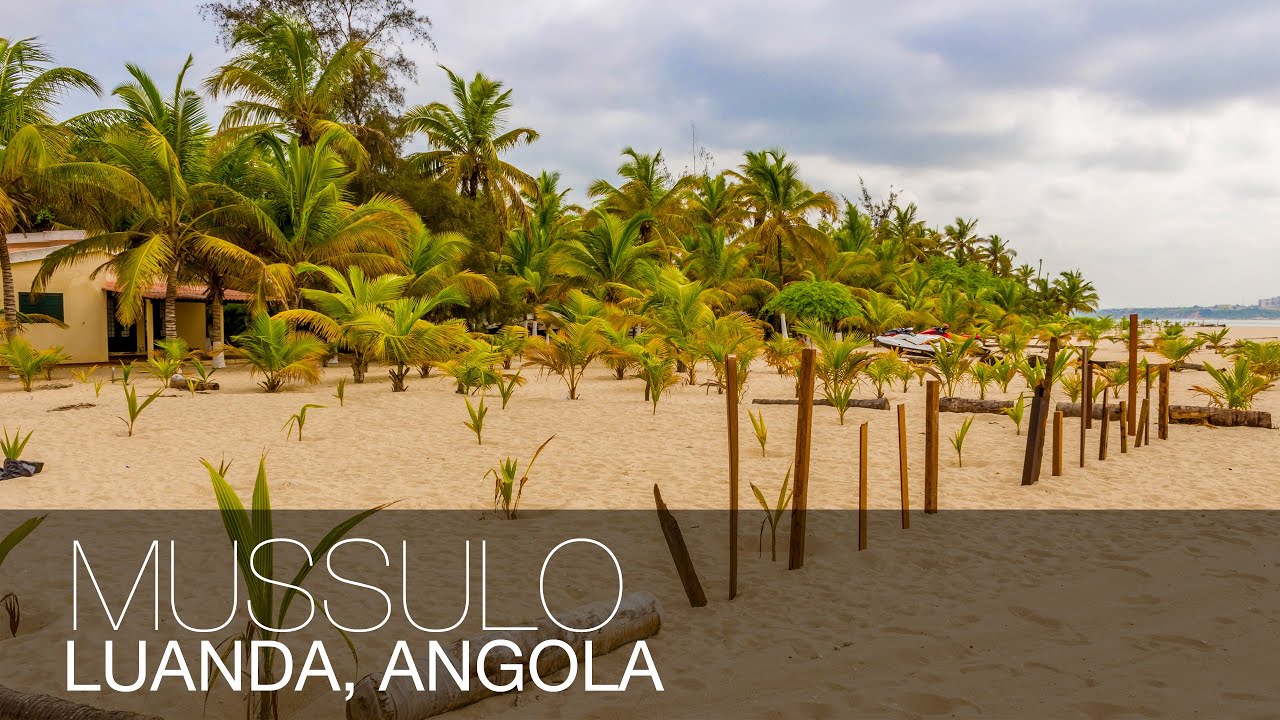 Although the climate is such that the beaches can be visited all year round, it is in fact during the hot season that they are most frequented. The bars all filled and the local music and dancing nights. provide an animated and exotic atmosphere that mixes well with the mystery of the African

The orography and the climatic characteristics of the land provide Angola with a vast diversity of animal and vegetable species. In Cabinda, there is dense, humid forestland, rich in exotic woods and the natural habitat of gorillas. South of Zaire, in the basins of Kwanza, Kuango, Cuito and the tributaries of the Cassai can be found savannah forestland. On the elevated plains, the open forestland provides a natural habitat for those species normally to be found in such regions.Further South is the desert area of Namibe. A vegetable species known as Welwitshia Mirabilis and unique in the world, grows here.

The red tone of the land, the blue of the sky, the other blue of the sea and the green here and there give olour to the semi-arid areas where one can find “imbondeiro and candelabro cactus”, enchant the senses and turn the South region of Luanda into an unusual and unexpected picture of beauty. 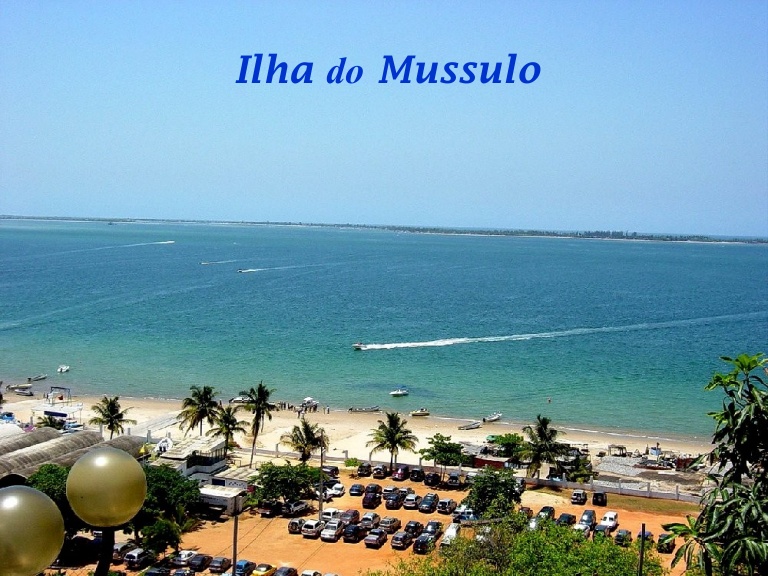 Coming out through Corimba and going through “Futungo de Belas” (occupied by the Presidency) we can see in front of us the Mussulo – a reef formed by sediments of Kwanza River with about 40 km of length forming a bay with 3 isles which the biggest is known as The Island of the Priests. 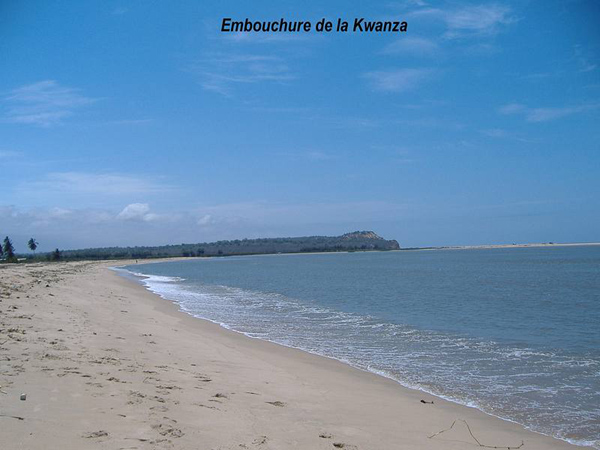 The Mussulo is really the pearl of Luanda with great tourist interest. This piece of land covered with “mangais” and coconut palms is a very special place for the best moments of leisure. On the coast, the fishermen live in their traditional “cubatas”. On this side the beaches are wide, desert and of white sand. On the other side, the bay is the tourist Mussulo where built weekend houses and a little tourist complex with bar, restaurant, bungalows and water sport centre.

The bay is famous for its variety of fish: whiting and grouper are the most common. The calm water is also good for water sports although the streams provoked by the tides.

The Mussulo cape changes gradually by appearing and disappearing each year little sand isles caused by the streams.

We can get to the Mussulo frequently by sea, there are regular connections and fishermen’s motor boats to rent. We can also get there by land in a 4×4 but just for those who know the way.

Going down the coast to South we can also find in this bay the Morro dos Veados and the Slavery Museum (an obligatory stop). 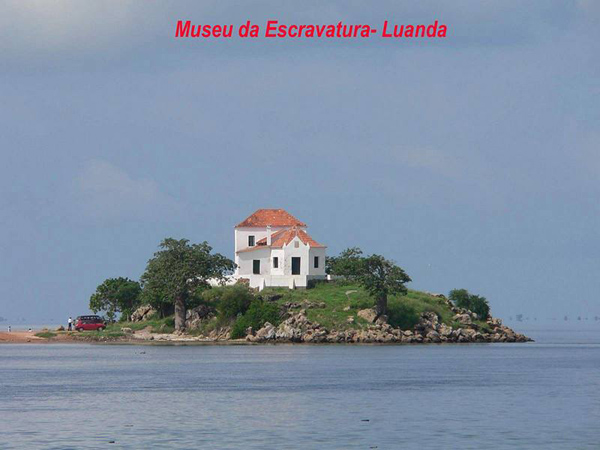 There is also a fantastic sight from the Morro da Lua, in the road to South – an enormous cave by the sea, created by erosion, in tones of ochre and red. Near the Morro da Lua there is a wide beach, the “Palmeirinhas”, a good tourist point but not yet proper for safety reasons. 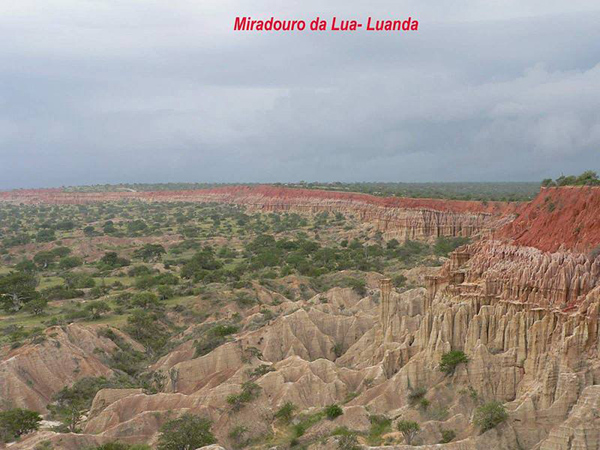 A bit further, we reach the mystical Kwanza where the river gets to the sea – it is easy to get and good for pictures and fishing. It has a restaurant and some bungalows. One can fish the biggest species of swordfish and “dourada” (golden fish). 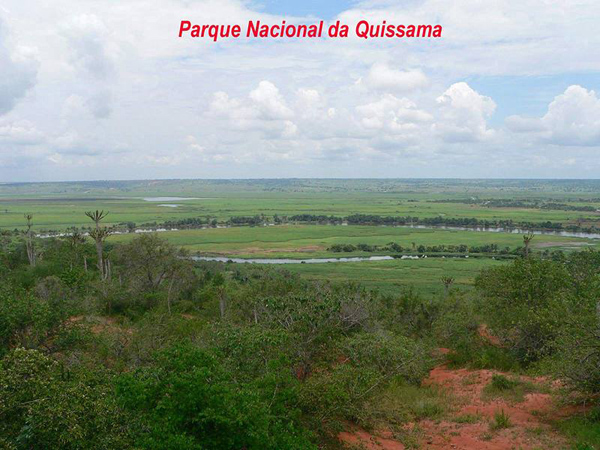 Beyond the river, we get to the region of Quissama where a National Park is situated and once famous for its animals, from the big ones (elephants, buffalos, lions) to the little ones (birds and rodents). And by the sea, the beautiful and solitary Cabo Ledo.

Still around Luanda to the East, there is the industrial centre of Viana today surrounded by farms that produce the great majority of fruit and greens for Luanda’s consume. These farms are very good to rest and they even have variety of restaurants and discos.

A few km to North of the city, there is the fishing village Cacuaco with its salt beds. It is an area with a specific landscape till the river Bengo.

Next to the top of Kifangondo there is a wonderful sight of Lakes – affluent formed by the Bengo and where Luanda gets its water. It goes till Funda – a lagoon where one can taste the famous “cacussos” (a river fish) – a traditional dish for the Caluanda, served with beans and palm oil.