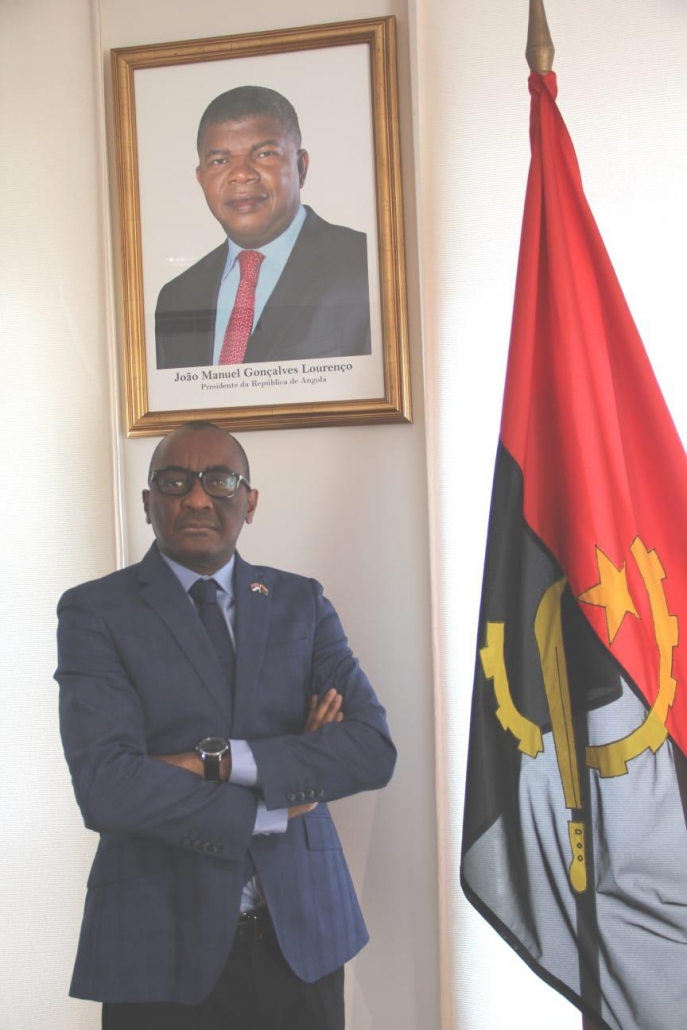 Between 2001 and 2002 attended the International language school in Chichester, West-Sussex, United Kingdom.

He started his professional career in February 2002 at the Financial Department (DF) of  Elf  Exploration Angola, now Total.

He worked as a professor at a private university in Luanda, between 2004 and 2008, as a professor in the subjects of  Introduction to Statistics (2″d year) and Financial Economics (3’d year).

He participated in the elaboration of several social and economic works, such as the Long-Term Strategic Vision (Angola 2000-2025) and the National Medium-Term Development Plan 2009- 2012.

In August 2010, he joined the Board of Directors of the International Monetary Fund (IMF), in Washington, DC, in the United States of America, as an Advisor to the Executive Director, where he accompanied, among others, the implementation of the Stand-By Arrangement program. (SBA) in Angola (2009-2012) and the Policy Support Instrument (PSI) in Mozambique (2010-2014).

He ceased to be an Adviser to the Executive Director of the IMF in order
to join, in January 2014,the cabinet of the Vice President of the Republic of Angola as Advisor (Vice Minister) for Economic and Business Affairs.

In October 2017, he was reappointed to the position of Advisor (Vice Minister) for Economic and Social Affairs of the Vice President of the Republic.

In June 2018 he was appointed Secretary (Minister) for Economic Affairs of the President of the Republic, a position he held until August 2019.